WOOLIE, a short story by Hamelin Bird, will be released on Amazon and available via Kindle Unlimited on May 31, 2022. Whether you fancy tales centered on revenge, horror, suspense, heartbreak, justice, mystery, drama, or the supernatural… you’re sure to find a number of stories here that’ll meet your specific needs and desires. We are bringing the #HorrorCommunity together with bloggers, magazines, influencers, and more than 30 publishers. This is a true community effort with a lot of potential at absolutely no cost to anyone. For anyone who grew up reading them in the ’90s, it’s hard not to be nostalgic for these images of the original Goosebumps book covers. There are many books that struggle to have one stand out character, The Long Walk is full of them and showcases just how great King is at delivering character driven storytelling. The book’s main storyline is about the disappearance of Martyr Black and his partner, Ambrose Thorne, told through the framing devices of Martyr Black’s published and unpublished works. Sentinel is Drew Starling’s novel debut, although he has a plethora of short stories and novellas under his belt. It is the start of a series, following a fictional family that has arrived in a small town – Aaron, Ellen, and Caleb. The story is told in multiple pov, Aaron and Ellen both get turns as the driving force behind the story, as does Cheryl, a local cop, on her way to becoming the sheriff in charge of the local police force. A strange creature impinges on their lives and brings with it a set of paranormal problems, which sets the stage for Caleb (Aaron and Ellen’s child) being kidnapped and a showdown with the creature. Ok. So that’s the synopsis, let’s get down to the nitty-gritty.

Drew shows a great understanding of pace and flow, this was a breeze to read, so I can say that it feels very comfortable, and Drew has a really good understanding of both his characters and his audience – Female representation is outstanding, and honestly, is one of the forces that drive this book. I came across the book through Tik Tok, and drew has managed to make that media platform his safe place, his marketing, and promotion on that platform are a credit to him and his writing – he’s a nice guy, and this felt, right from the beginning, like I was reading a book from a friend – which is perfect marketing in my eyes. So – great job there, Drew. 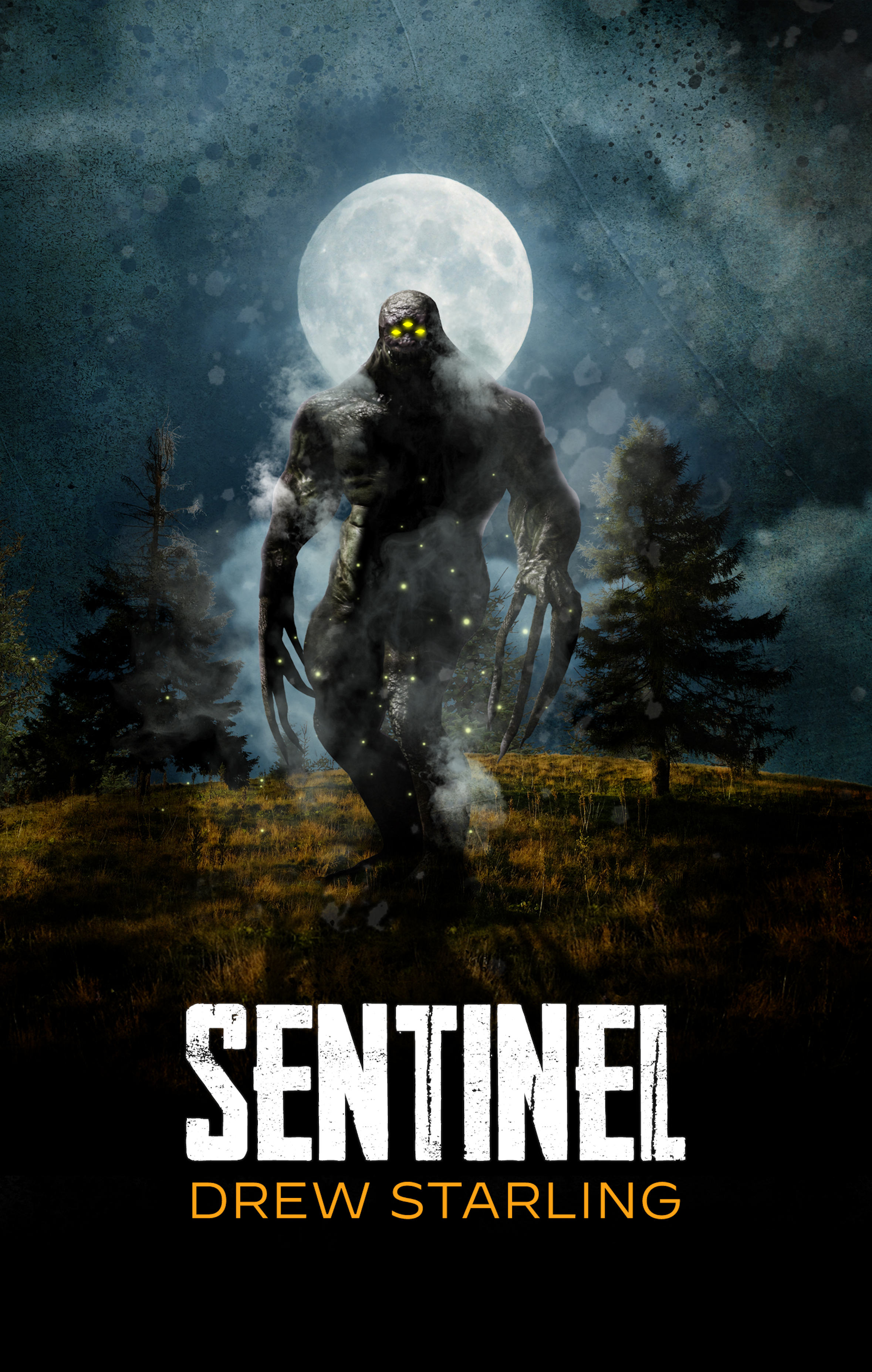 Now, I’m a mean ol’ Austrian, so there are things in the book which set off my nerd radar and were thorns in the otherwise smooth exterior that is Sentinel. I’m an advocate of world-building, and a details nerd. So, there are things in here that were for me, obvious mood triggers, but which were not explained or examined. I get that there is a second book coming, but elements of the book were, in my eyes, non-sensical. I’ll go into detail about that below, but I want to say right up front here, that I get that’s because I’m such a nerd, no one else is going to notice those things, and the hope lives eternally that Drew will address those issues in the second book if someone like me raises them. So I’m the bad guy, but here’s some stuff I want to see explained in the next book (spoilers below):

Ok. So those are things I’d love to see answered in the next novel. Now having said all of that, the story carried me through my qualms. The relationship work here between all of the characters is really well done, Starling knows his relationship building.

All said and done, this was entertainment, “popcorn horror” – if you will, and is a great start to the series. I’m giving this a 3.5 rounded up to 4 star‘s on Goodreads due to the great female representation here, and because it read so easily. I look forward to the sequel, Drew, and let’s see if you can answer some of those questions you left hanging! Austrian Spencer does not watch horror films, though enjoys horror books.  His influences include Alan Moore, Dave Sim, Neil Gaiman, Frank Miller, The family King, Iain M.Banks, from whom he wishes to learn. Be inspired. He owes them everything, despite their beards. The Sadeiest is Austrian’s debut novel.